All you need to know about squint eyes 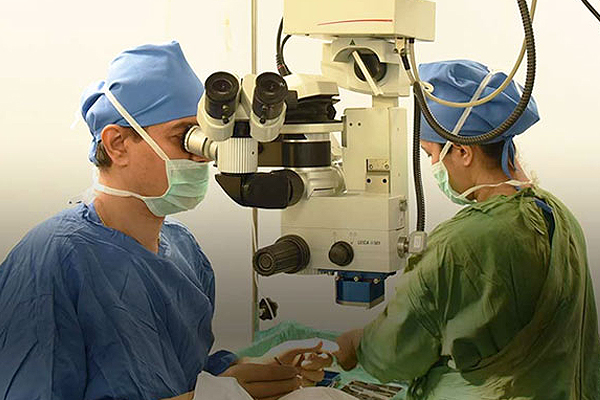 All you need to know about squint eyes

Very simply put, squint is an eye condition wherein both the eyes point in different directions. While one eye focuses on a particular object, the other eye focuses away from it — either downwards or upwards. Sometimes it may even focus away and come back, and sometimes it keeps moving back & forth between the object and the surroundings. Such misalignment of the eyes is referred to as squint or strabismus.

Squints are more common in children– approximately 1 in 20 children suffer from this. It usually develops before a child becomes 5 years of age, but can appear in adulthood as well.

Note: It is not necessary that all squint patients experience misalignment throughout the day—many a times patients suffer from squint conditions for certain parts of the day and have normal eyesight for the remaining part of the day.

Congenital squint is caused due to

In rare cases, other causes that may also result in squinted eyes are

There are greater chances of being affected with squint if

Know this: The eyes of new-borns are rarely aligned 3 to 4 weeks after birth. It is only after a month that you should be concerned if your child’s eyes are still misaligned. In such scenarios, get him/her checked by an ophthalmologist instantly.

The most obvious symptom of squint is the eyes looking in different directions. Apart from this, other symptoms include:

When left untreated for a long time, squints may result in lazy eye (amblyopia)— a condition where the brain begins to ignore signals coming from the eye with the squint.

How is squint diagnosed & treated?

Parents often believe that children will outgrow their squint condition, but this not true. As the child grows older, it becomes more difficult to treat squint and regain the lost vision. However, cosmetically straightening the eye is possible at any age.

To diagnose squint and know its true cause, the ophthalmologist performs a battery of tests including,

A brain and nervous system (neurological) examination is also be performed. In some cases, there may be a false appearance of squint due to a broad nasal bridge in a child. An ophthalmologist will be able to differentiate between a true squint and false squint.

Once the squint and its cause are confirmed, depending on the results, various treatments follow:

A blood test and an X-ray of the chest are conducted as part of routine examinations. Surgery is then performed on both eyes together or on one at a time depending on the severity of the squint. During the surgery, it is the eye muscles that are operated on. The eyeball is never opened. Post the surgery, the eye is bandaged for a day and eye drops may be prescribed for a month.

Under cases of lazy eye, frequent follow-ups might be required, though normal activities can be resumed. Surgery cannot replace the need for glasses. If the child has significant refractive error, glasses are a must. In certain cases, a patching therapy might also be followed to maintain clarity of vision.